My work has been greatly influenced by my love of nature and of primitive pottery. I’m constantly surprised to discover that what I thought was an original was really done over and over in many variations by known and unknown artists, past and present. I am deeply grateful to all those influences that have provided so much inspiration. Historically, I’ve been influenced by early pottery from many cultures including Mexico, the American Southwest, Korea and Japan. What began as an exploration of the vessel form has over the years evolved into work more sculptural in nature but still owes a lot to the traditional vessel form.

I use a combination of slabs and coils molded over found or created forms to build my pieces. I bisque fire to cone 05, then paint each piece using acrylic stains. A final firing done using a crude outdoor kiln filled with newspaper and sawdust yields the smoky, fire kissed final finish.

Bio: I earned my BFA in Crafts from the University of Georgia in 1972. Over the years, I have exhibited locally, regionally and nationally in various shows. My work is represented in local and regional galleries. I am a member of numerous arts organizations in Virginia and elsewhere. 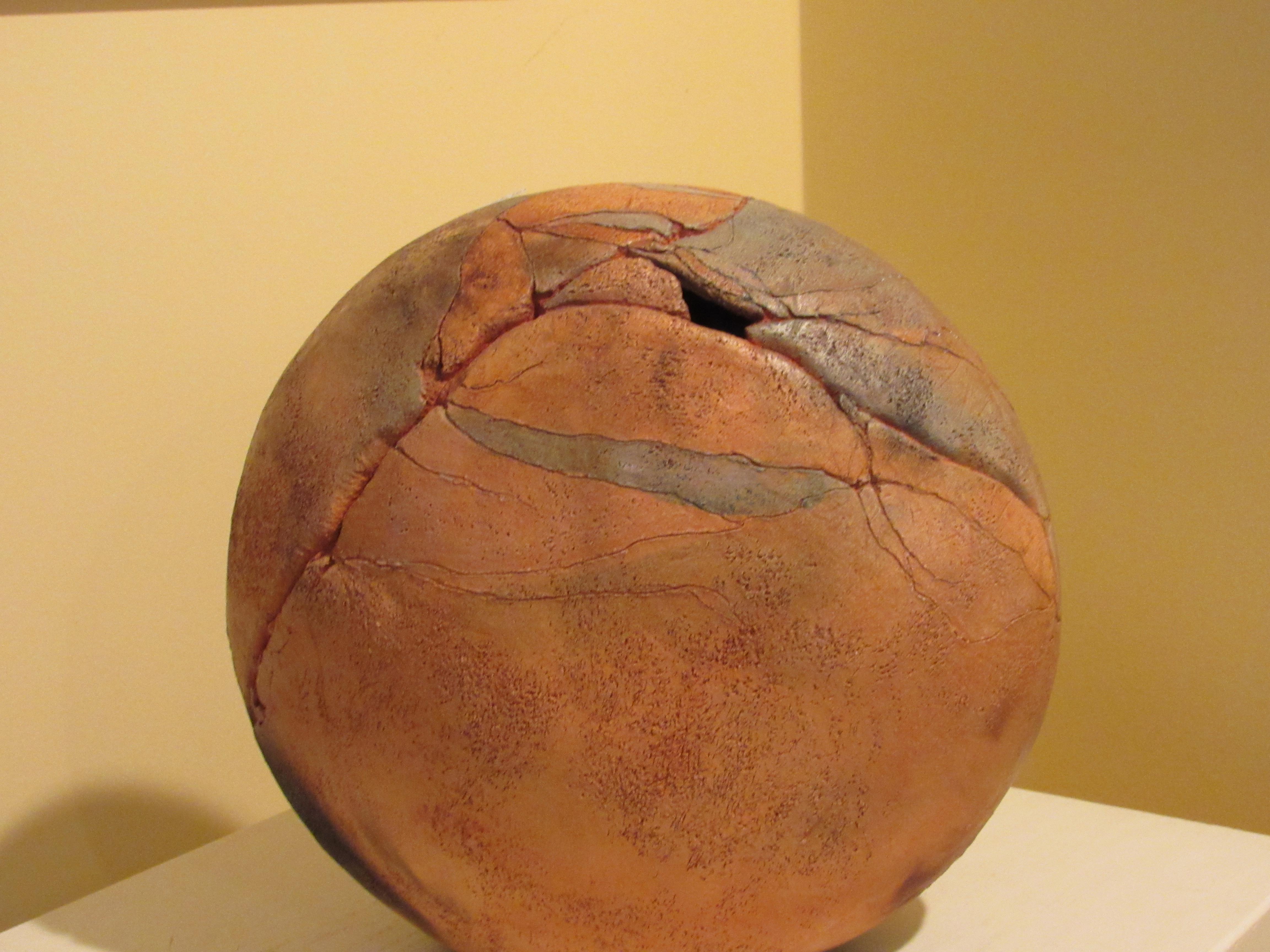 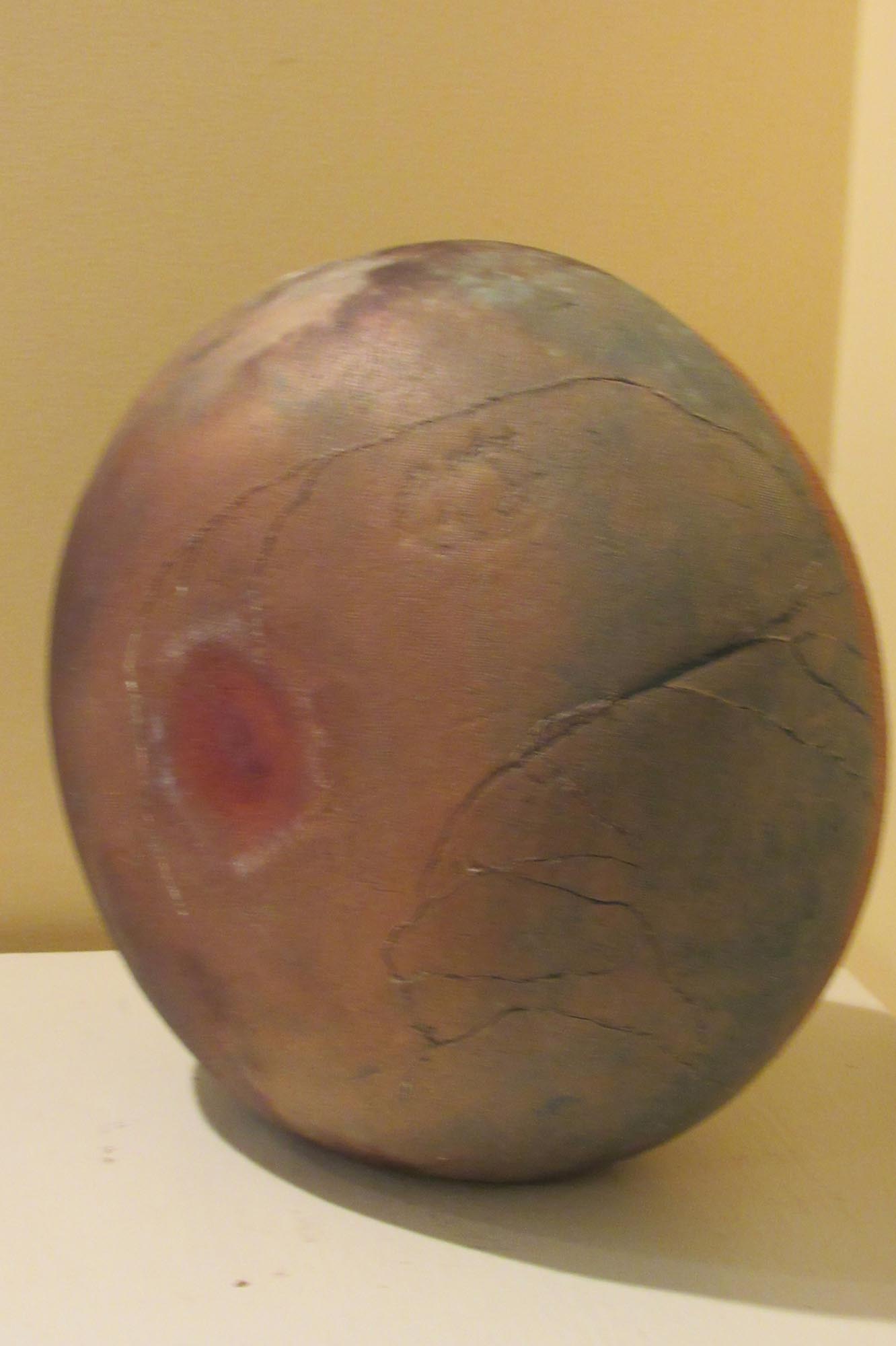 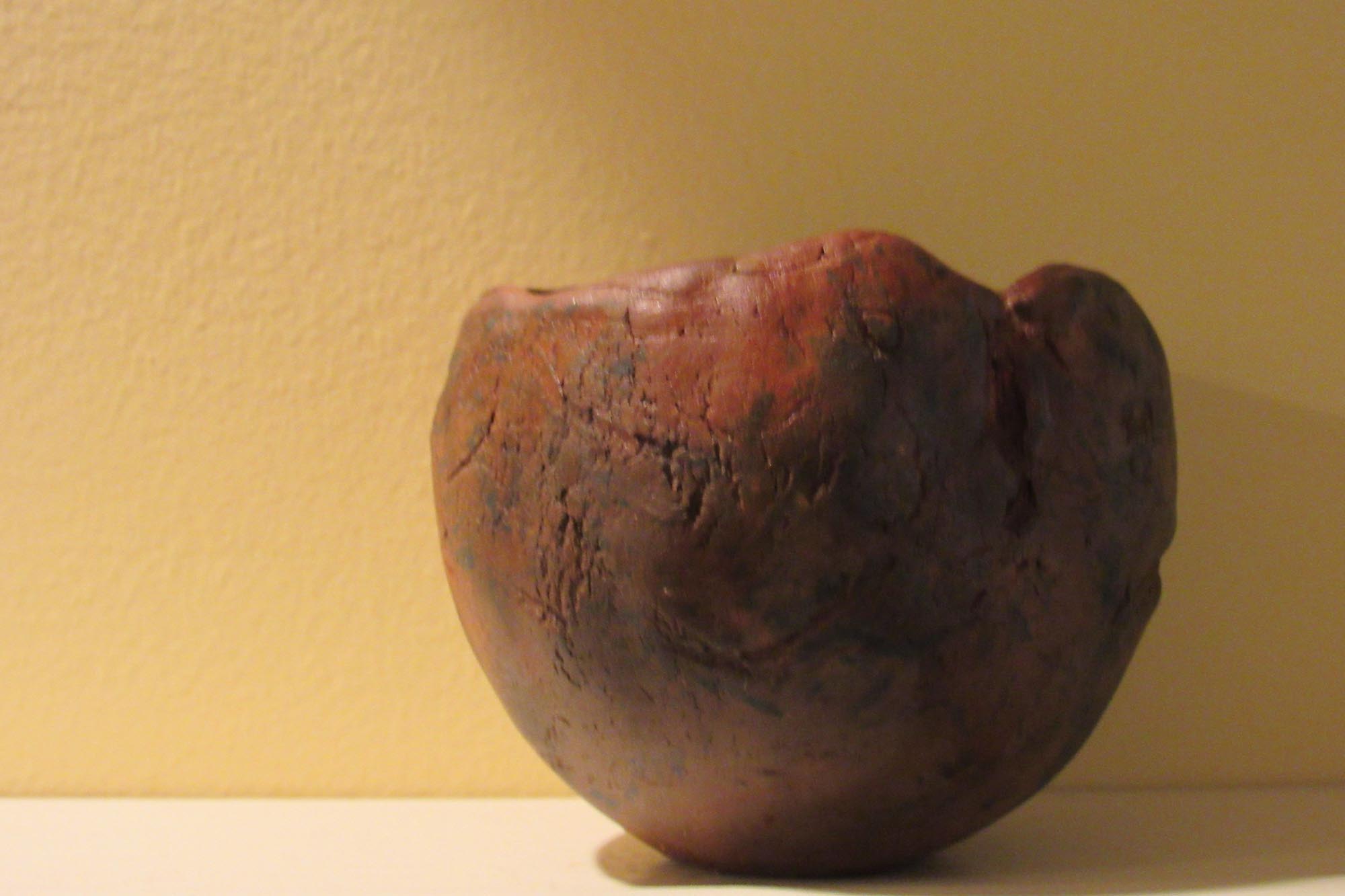 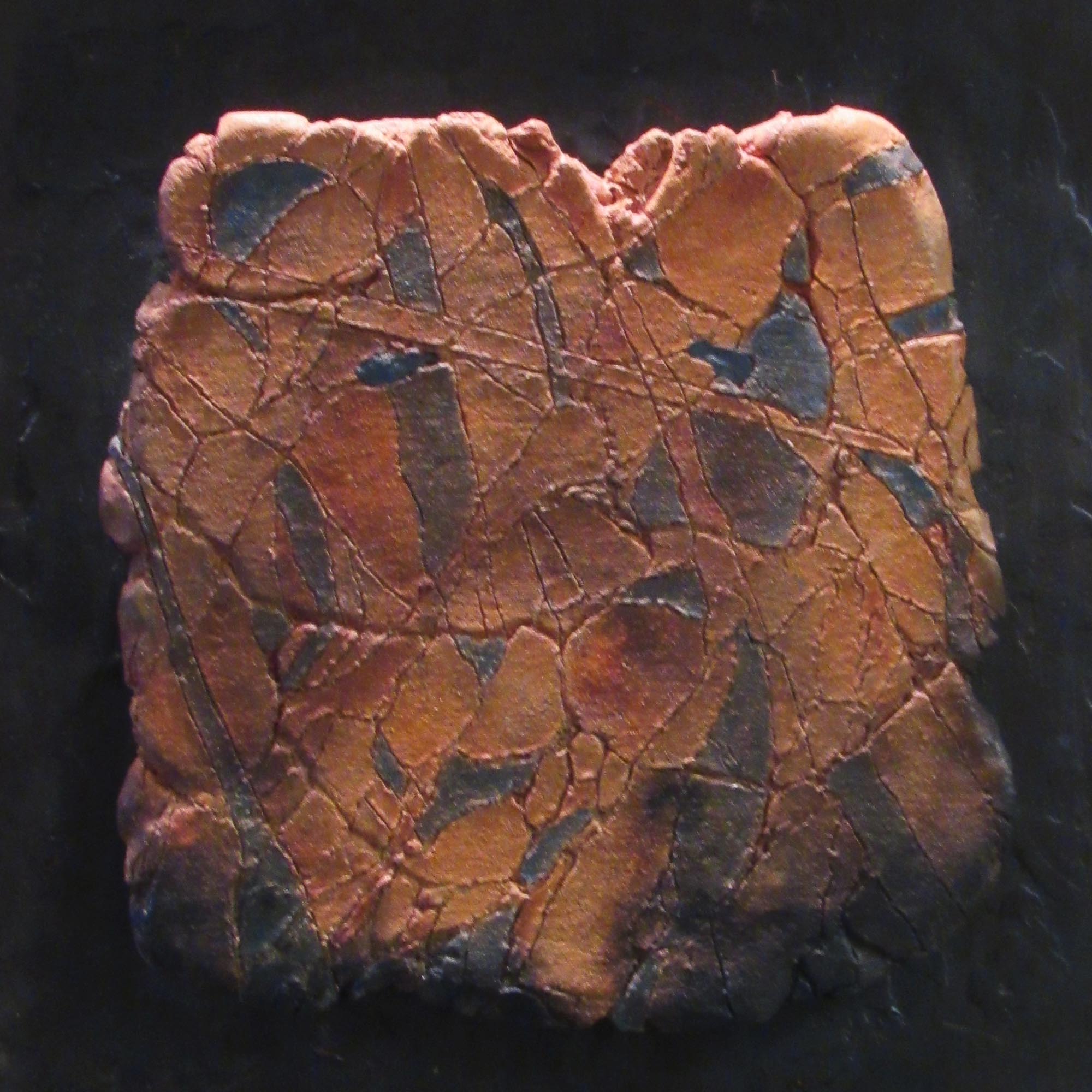 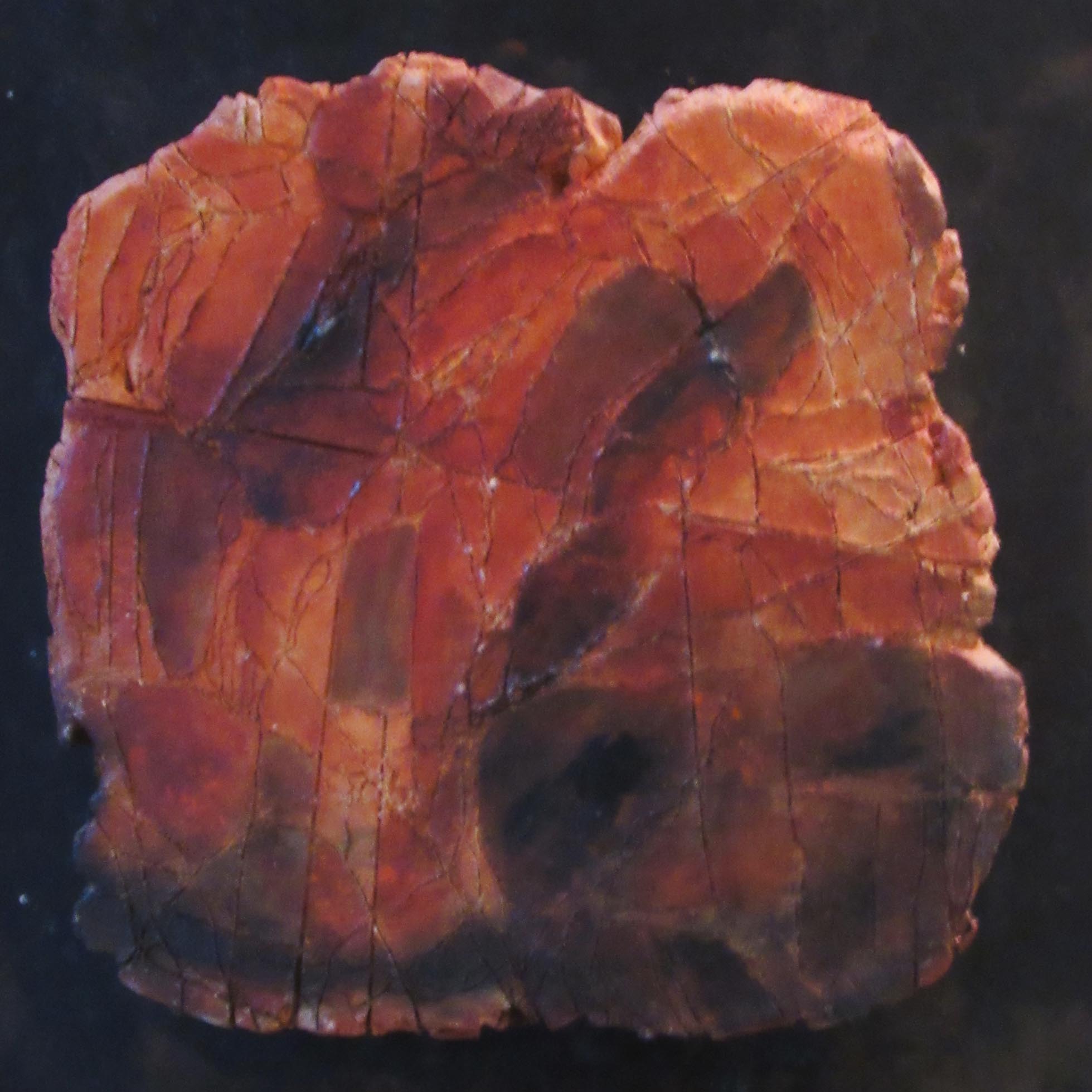 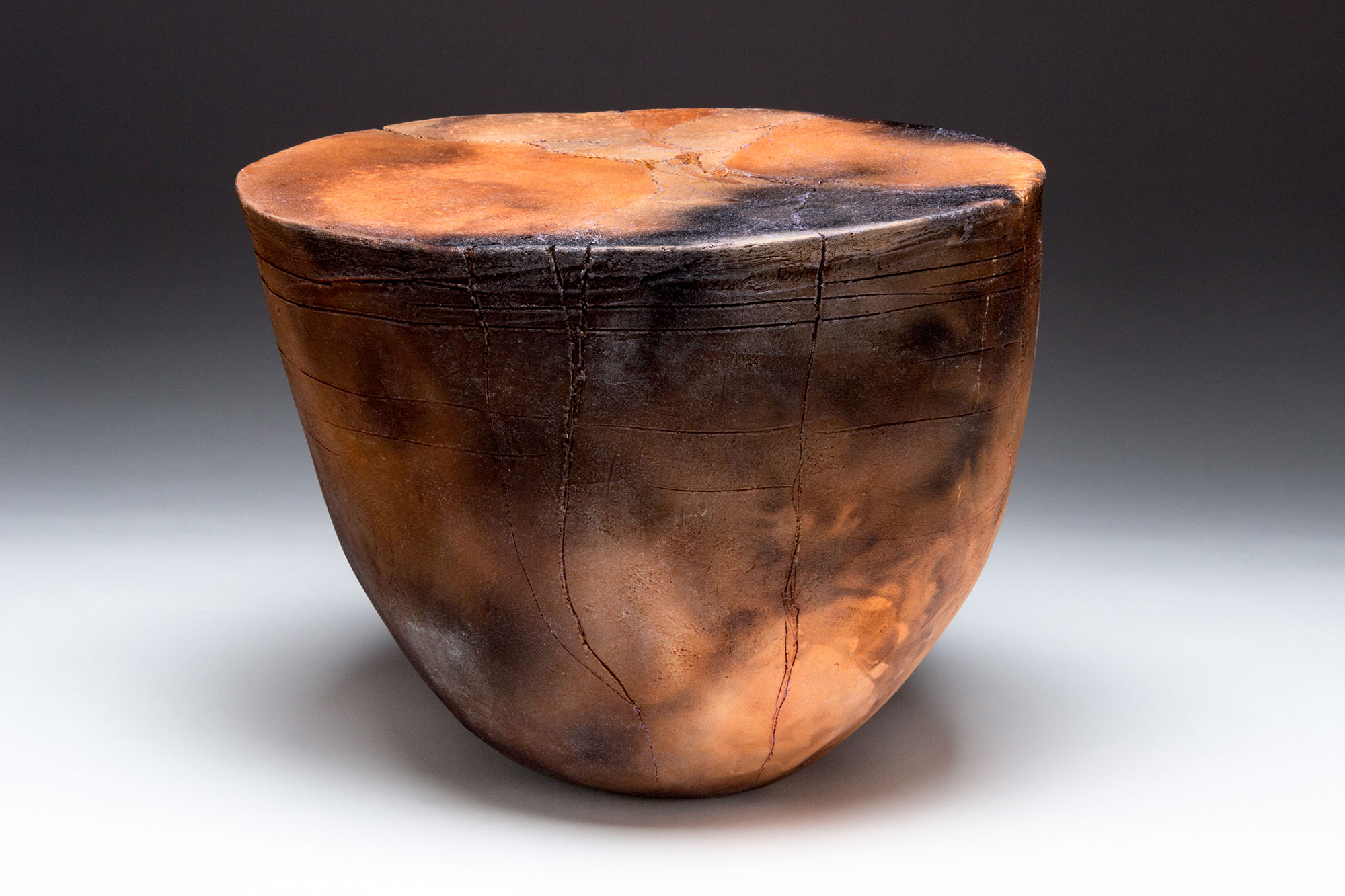